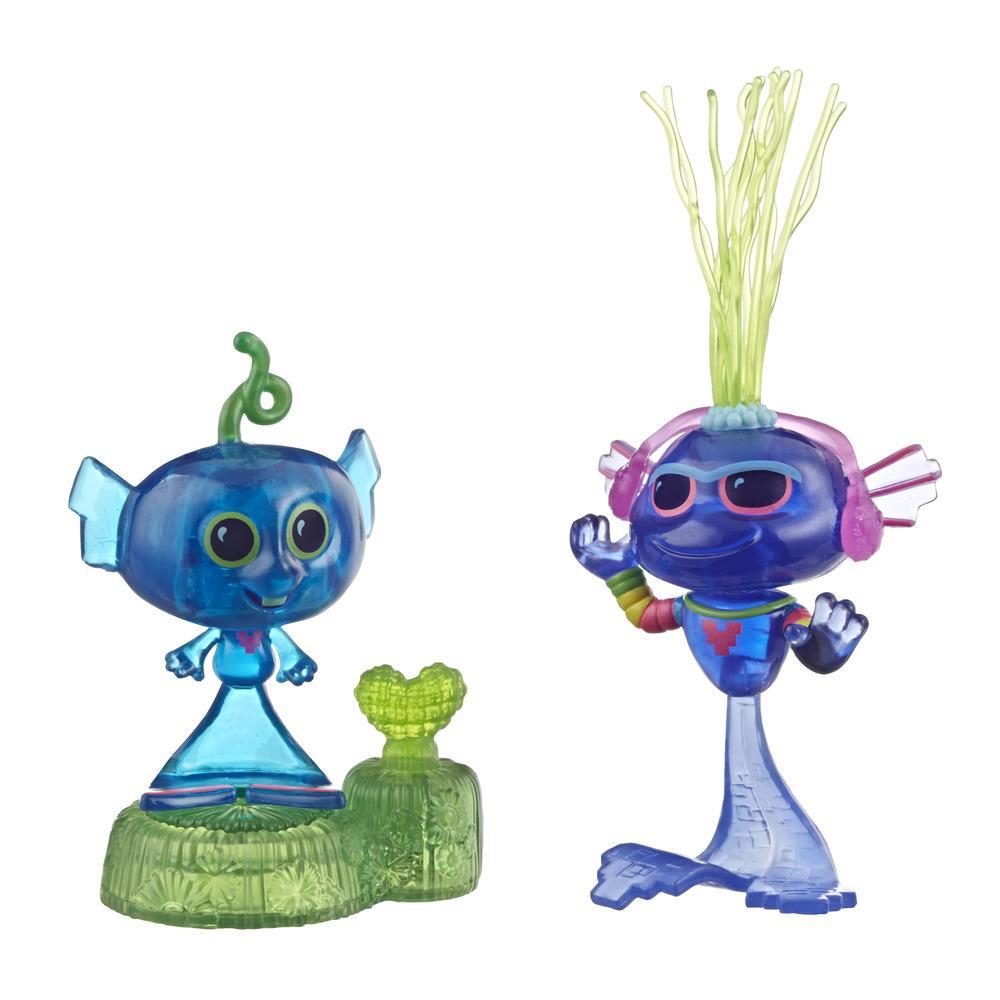 When the music starts pounding at Techno Reef, all the Techno Trolls move to the beat. The DreamWorks Trolls World Tour Techno Reef Bobble features 2 different figures inspired by the movie Trolls World Tour, Trollex, the leader of the mermaid trolls Techno Reef, and a Mermaid Kid. The Mermaid Kid figure has a bobble head, so kids can pretend he's rocking to the beat of the techno music. The set also includes a base inspired by Techno Reef. Put the Mermaid Kid on the base and touch the heart-shaped piece, and the base wobbles to make his head bobble. Kids can imagine they're visiting Techno Reef on an epic adventure to save all of music with this toy.
DreamWorks Trolls Copyright 2020 DreamWorks Animation LLC. All rights reserved.
Hasbro and all related terms are trademarks of Hasbro.

TROLLS WORLD TOUR TECHNO REEF BOBBLE: This toy includes 2 different dolls inspired by Techno Reef in the movie Trolls World Tour, Trollex and a Mermaid kid
BOBBLE HEAD FEATURE: The Mermaid Kid figure features bobble head action so kids can imagine he's rocking his head to the beat of the techno music
INCLUDES BASE: This playset includes a base inspired by Techno Reef that the Mermaid Kid figure can stand on. Push on the heart-shaped piece and his head will wobble
INSPIRED BY THE MOVIE TROLLS WORLD TOUR: In this sequel to DreamWorks Trolls, Queen Poppy and her friends go on an epic, Trolls-tasic journey to save all music

• Includes 2 figures and base.
• Ages 4 and up.
• WARNING: CHOKING HAZARD--Small parts. Not for children under 3 years.