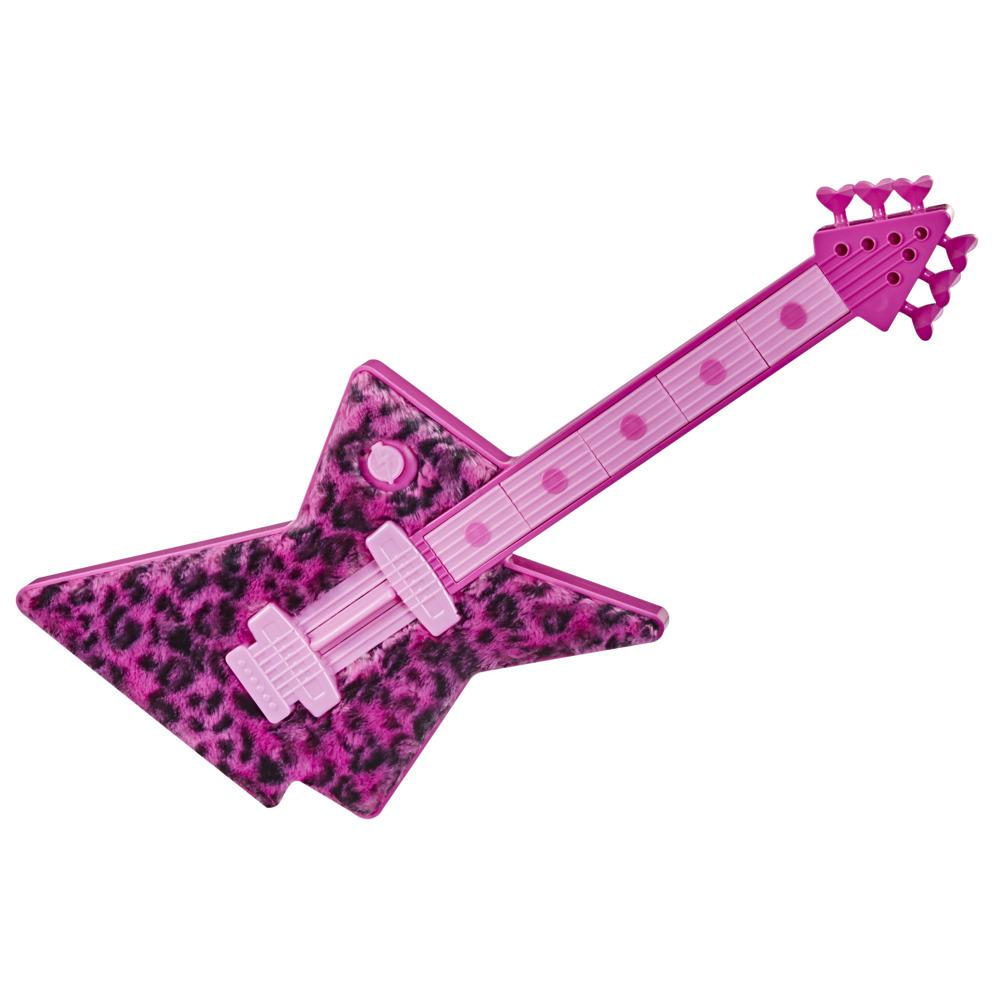 Play a fun pop song like DreamWorks Poppy, then rock out! Poppy's Rock Guitar is covered in wild pink plush and has two different modes and two ways to play! in Pop Mode, it plays a pop version of the song Trolls Just Want to Have Fun from the movie Trolls World Tour. Move the "strum" to play the song, then hit the button to add fun riffs. Then get ready to rock out! Hit the button and this musical toy switches to rock mode and plays a supercharged version of the same song. Kids can pretend they're rockin' out like the characters in the movie with this fun musical toy.
DreamWorks Trolls Copyright 2020 DreamWorks Animation LLC. All rights reserved.
Hasbro and all related terms are trademarks of Hasbro.

DREAMWORKS TROLLS WORLD TOUR POPPY'S ROCK GUITAR: Kids can imagine they're rocking out with this electric guitar toy, which plays different sounds and riffs
ROCK STYLE OR POP STYLE: Poppy's Rock Guitar plays two different versions of the song from the movie. Play it pop style, then push a button and play rock style
ADD EXTRA SOUNDS TO THE MUSIC: Kids can push the buttons on the neck to hear cool riffs in the pop or rock style, making their own, unique version of the song
INSPIRED BY THE MOVIE TROLLS WORLD TOUR: In this sequel to DreamWorks Trolls, Queen Poppy goes on an awesome, Trolls-tastic journey to save all music