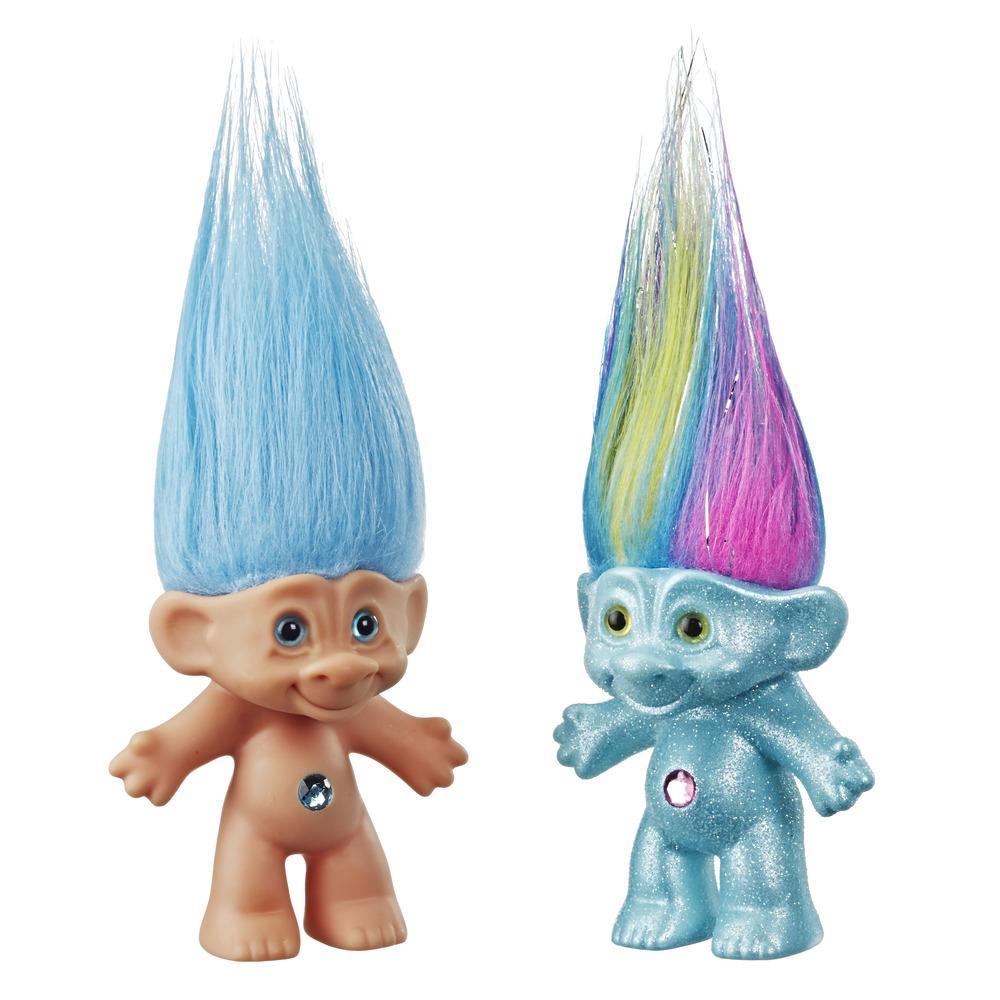 Celebrate the 60th anniversary of the Trolls that started the craze and inspired the DreamWorks movie animated series. This Diamond Anniversary special edition was created for Comic Con and features two different Trolls, one in the classic style, and one for the 21st Century with a sparkling finish and rainbow colored hair with mylar flair. Packaged in a diamond-shaped package that's great for displaying these adorable collectibles. Keep rubbing their bellies for luck in the years to come!

• Includes 2 figures.
• CLASSIC GOOD LUCK TROLLS: First created in 1959 by a Danish woodcarver as a gift for his daughter, Trolls became a worldwide phenomenon
• TWO DIFFERENT TROLLS IN ONE PACKAGE: This Convention Exclusive pack features two different Trolls, one in the classic style, and one for the 21st Century with a sparkle finish and rainbow-colored hair
• CELEBRATE 60 YEARS OF GOOD LUCK TROLLS: This Convention Exclusive Troll collectible has been created to celebrate the 60th anniversary of this iconic toy
• DIAMOND-SHAPED PACKAGE FOR DISPLAY: These Troll dolls come in a diamond-shaped package to celebrate their diamond anniversary, and it's a great way to display these collectable figures
• RUB THEIR BELLIES FOR LUCK!: For 60 years, Good Luck Trolls have provided the world with adorable smiling faces, round gem bellies, and the best hairstyles ever. Keep rubbing their bellies for luck in the years to come!
• Figure scale: 6 inches
• Ages 4 and up.